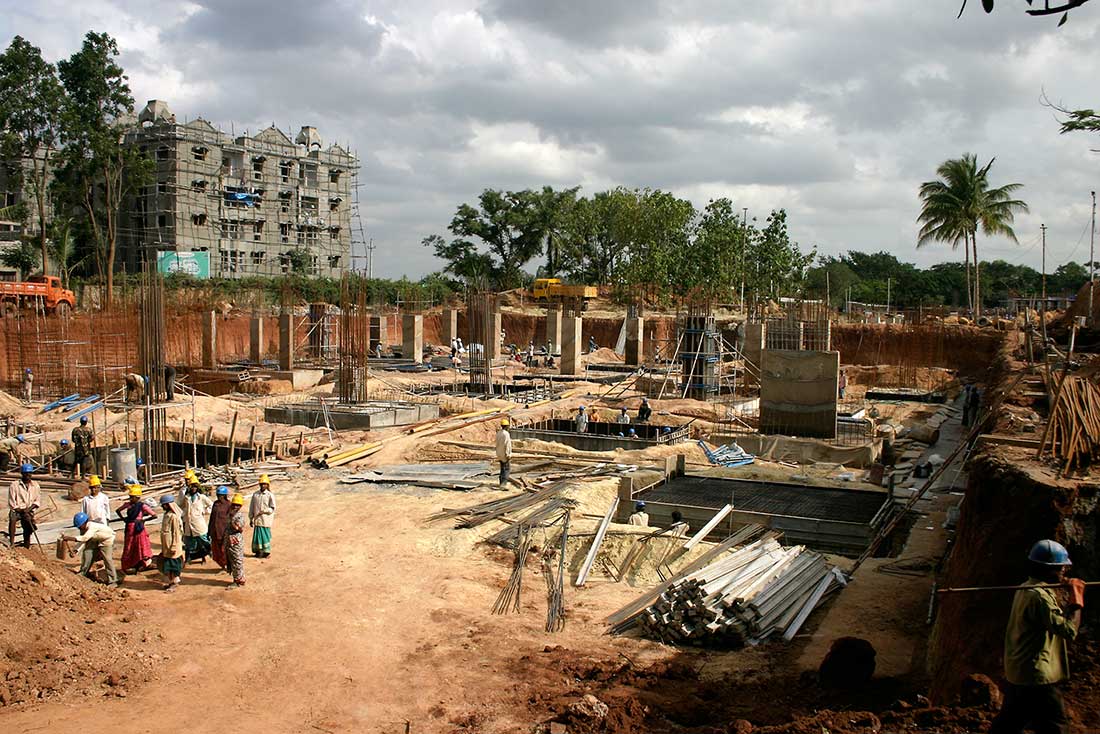 Mr. Kaniyar is project manager for phase II of a major building project for Surnandan Property Developments. Situated in Whitefields Technology Park to the south of Bangalore, the first building is already completed and has a floor space of almost two and a half acres,

And there are eight floors. Phase II, for which you can see the foundations going in now, will be completed in three months and it’s more or less identical to Phase 1. Although it is built by an Indian company and designed by Indian architects it will ultimately be occupied by an American company and they have a say in the type of the building that we build. Culturally, they are used to glass office buildings and that is what they want here, even though it will be occupied almost entirely by Indian workers. This type of building is, of course, totally impractical in Bangalore.

To begin with, we have to use dark glass because of the intensity and number of hours of sunlight. A consequence of this is that artificial lighting has to be used throughout the day. The space still heats up, which means that they require air

conditioning throughout most of the year. We cannot draw that amount of power from the grid, so all of these types of buildings – and there are a great many now in Bangalore – all require their own power supply. So, if you look at any of these developments at Whitefields you will see very substantial diesel generators in operation which, apart from being very uneconomical, further add to the pollution problems we are experiencing here in Bangalore.

The city was originally built as a Cantonment by the British and subsequently became a retirement town – famous for its parks and quiet suburbs. Its infra-structure is totally unsuited to the volume of traffic it now experiences and many companies are rumoured to be moving away because of the congestion, although given the scale of building still continuing at Whitefields and other satellite towns, it is hard to believe that this is really happening. 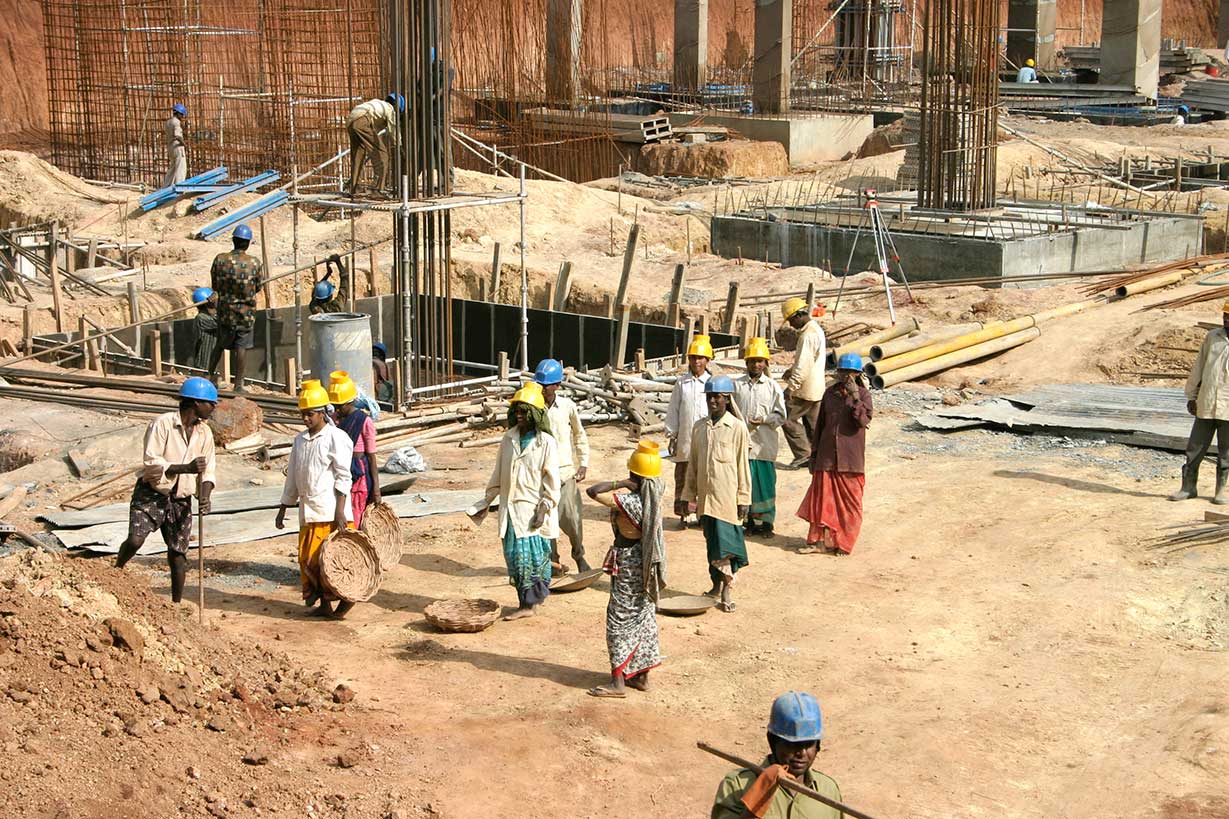 Many visitors imagine that the shanty towns they see in metros like Bangalore are slum housing for poor people. However, while this is true in some cases, they are also often camps for itinerant workers – the backbone of the Indian economic miracle. These people are often seasonal workers and in Bangalore they may come from states further north such as Orissa and Bihar. Farmers take up this seasonal work during the periods of the year that their crops are growing or when they are unable to work their own land due to summer heat or monsoons. Their status as land owners can complicate their relationships with their immediate superiors on the sites as a land owner is often of a higher caste than, for example, a site foreman.

This way of life also means that it is difficult for their children to receive any kind of consistent education. Because of the lack of accommodation in Bangalore itself and the inadequacy of the road to Whitefields, lodgings are being built on site to house the thousands of workers who are attracted to the IT boom in Bangalore. 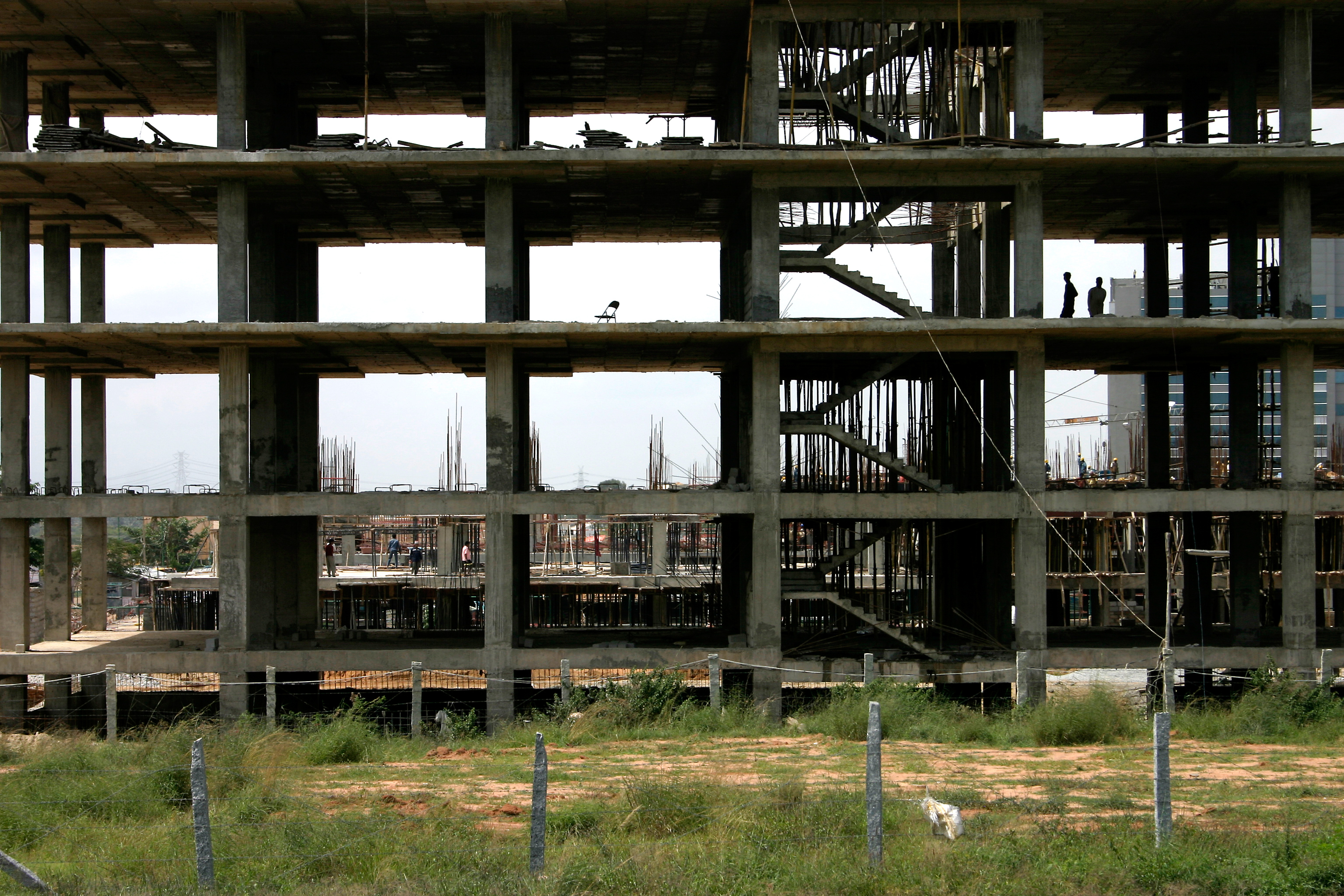 There is a shortage of facilities and entertainment here for these workers – so naturally they want to go into the city. As the road to the technology parks deteriorates it has become the focus of an ongoing dispute between the State of Karnataka and the IT companies, who consider it the states’ duty to upgrade the road to take all the extra traffic.