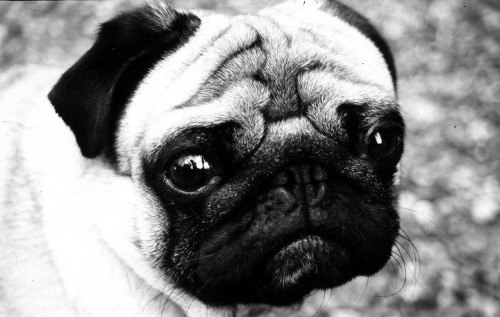 Rollo was a Pug. A fawn one and not bad looking as pugs go.

Because his owner Karen worked as a set decorator in films and commercials, Rollo occasionally got work – benefiting from the nepotism for which the entertainment industry is so well known. His biggest scoop was for the UK press junket for Men in Black II.

To fulfill this high profile role he needed a suit like the dog in the film.

The suit was to be modeled on a dinner jacket – it was to reach halfway down his back with sleeves tailored for his front legs, a white shirt with cuffs and a bow tie. He had to have several fittings and by the time it was finished it had cost around £3000. It fitted Rollo like a glove.

The event was held in Claridges and a suite was organised for Rollo where he was to be filmed with various celebrities who were on hand to interview him. The suite was in a part of the hotel usually reserved for heads of state who travelled with a retinue. There were rooms for up to seven wives on one corridor. The suite selected was one normally reserved for wife number three.

It had antique furniture, a king sized bed and a marble bathroom, but it was comparatively modest compared to the quarters on offer to wife number one.

When the american producer of the event came to check the suite, he took a look around and then said to the assembled stylists and runners:

“THIS IS WAY TOO SMALL – BIGGER! MORE THEATRICAL!”

Another larger suite was made available.

Rollo was normally quite sedate but for reasons known only to himself, long expanses of red carpet drove him into a kind of frenzy and the upstairs corridors of Claridges Hotel acted on him like a drug.

In a scene strangely reminiscent of Stanley Kubrik’s The Shining Rollo thundered and panted down the almost unlimited corridors, his nails clicking on any exposed wood flooring between the carpets, pursued by his team of production assistants, stylists, and runners. Eventually recaptured, Rollo was installed, still panting, on a red chaise longue in the wife number two suite.

In the film, thanks to some simple animation and special effects, the pug talks – but this was not, of course, the case in real life.

Despite this inconvenient detail, the producer had booked half hour slots for the interviews. The first interviewer was an american celebrity model called Clarice and she had some questions already prepared;

Rollo looked the other way and panted. Clarice was undeterred;

“So, this is something I really want to know – how was it working with Will Smith?”

Rollo carried on panting and looking at the wall where a Chippendale mirror had apparently captured his interest, he studied it for some time with a seriousness that suggested that English Roccoco furniture had always been a special interest.

After a while Clarice turned to the crew and said;

Rollo’s new found celebrity was not destined to last – he met his end only a few months later while enjoying his favourite pastime, which was trying to bite the wheels of moving cars.

In an effort to comfort Karen, her son was able to console her with the thought that Rollo had, at least, died doing what he loved best.