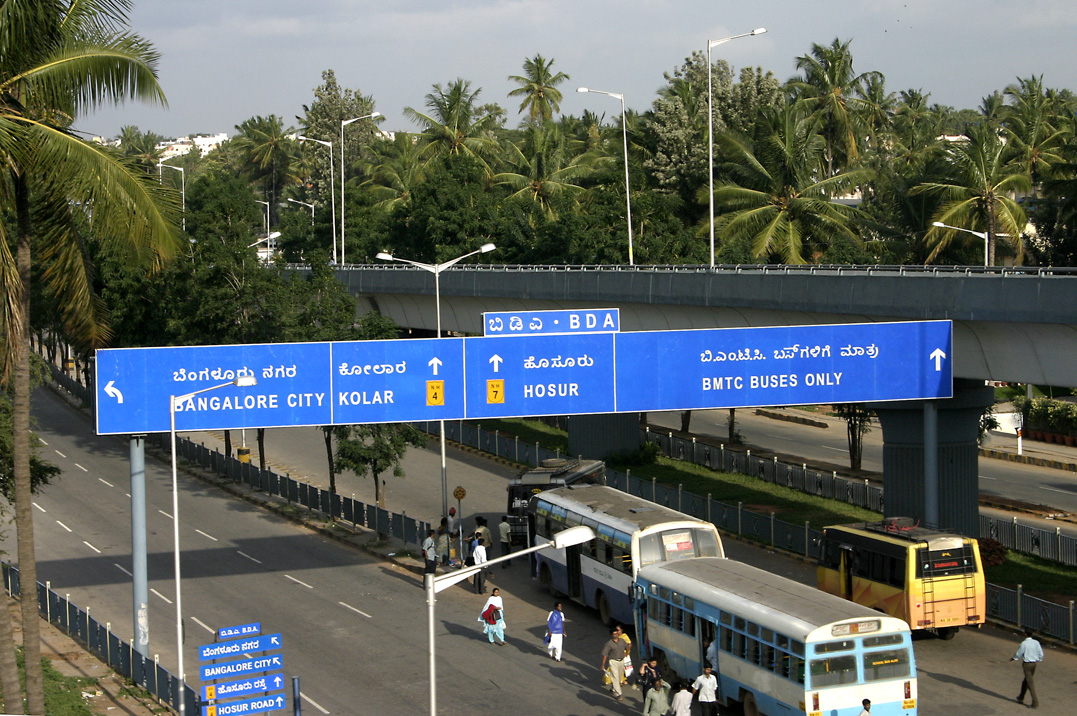 The cheapest bug-free accommodation in Bangalore is to be found in Christian Hostels, of which there are several in the city, this one being near Cantonment Station.

Every morning we eat bananas and tapioca in a dark wood panelled hall – a Dickensian sparseness punctuated by an expressionist bronze crucifix, whose tortured form owes something to the German Renaissance – and to Grünewald in particular. After washing our bowls we wobble helmetless on a scooter though the Bangalore traffic to the Festival office in Wilson Garden. Each day on this journey, we pass a white cotton banner draped across a driveway which announces in large blue capital letters, “The Bangalore Cake Society 36th Annual Competition and Sale”.

I am keen to see this, but festival director Jayachandran has other things on his mind. He is already fully absorbed in his new vision for movement arts in India – he dreams of a fusion of traditional styles such as Kalari, Kathakali and Bharatanatyam with western contemporary and contact improvisation. He is interested in how movement systems culturally condition the human body. He is not really interested in cake, which is probably more indescriminate in its effects on the human frame.

On the last day, which is a Sunday, I tell him we have to see it or it will be gone forever and he stops the bike. Obviously a popular event, there are a number of tellers selling tickets through the outside wall of a brand new and very shiny corrugated zinc barn. Round the corner there is a corridor carpeted with red coir matting leading to the main event.

I was beginning to wonder what kind of a cake show needs to prepare itself for such large numbers. It is a warm, sunny morning and there are not that many people about, but the security arrangements suggest the possibility of civil unrest. There are five or six cake exhibits in the main hall in large, bendy acrylic and aluminium vitrines, one of which is a recreation of Jurassic Park in marzipan and another a kind of Alpine scene with goatherds. Alpines scenes are generally popular in South India but this one, which has to be Heidi – must represent one of very few Swiss cultural exports to Bangalore.

At the end of the barn is the main event; a four metre high model of the World Trade Center spectacularly recreated in icing sugar.The Twin Towers dwarf the two living, human, armed guards who stroll rather indolently around them. It’s only a few months since the WTC had come down and this is perhaps the reason the exhibit has been roped off and its plaza patrolled by militia.

In the world of PR, the successful linking of patisserie and terrorism must be considered the work of a genius. Someone at the Bangalore Cake Society has fully grasped just how much the presence of soldiers with firearms and live ammunition can extend the dramatic reach of a large cake.

A placard leans against a post holding up the museum style ropes which explains in four languages that, in a roundabout way, the exhibit is the Bangalore Cake Societies’ contribution to world peace.