More Trouble in the Land of Wonder 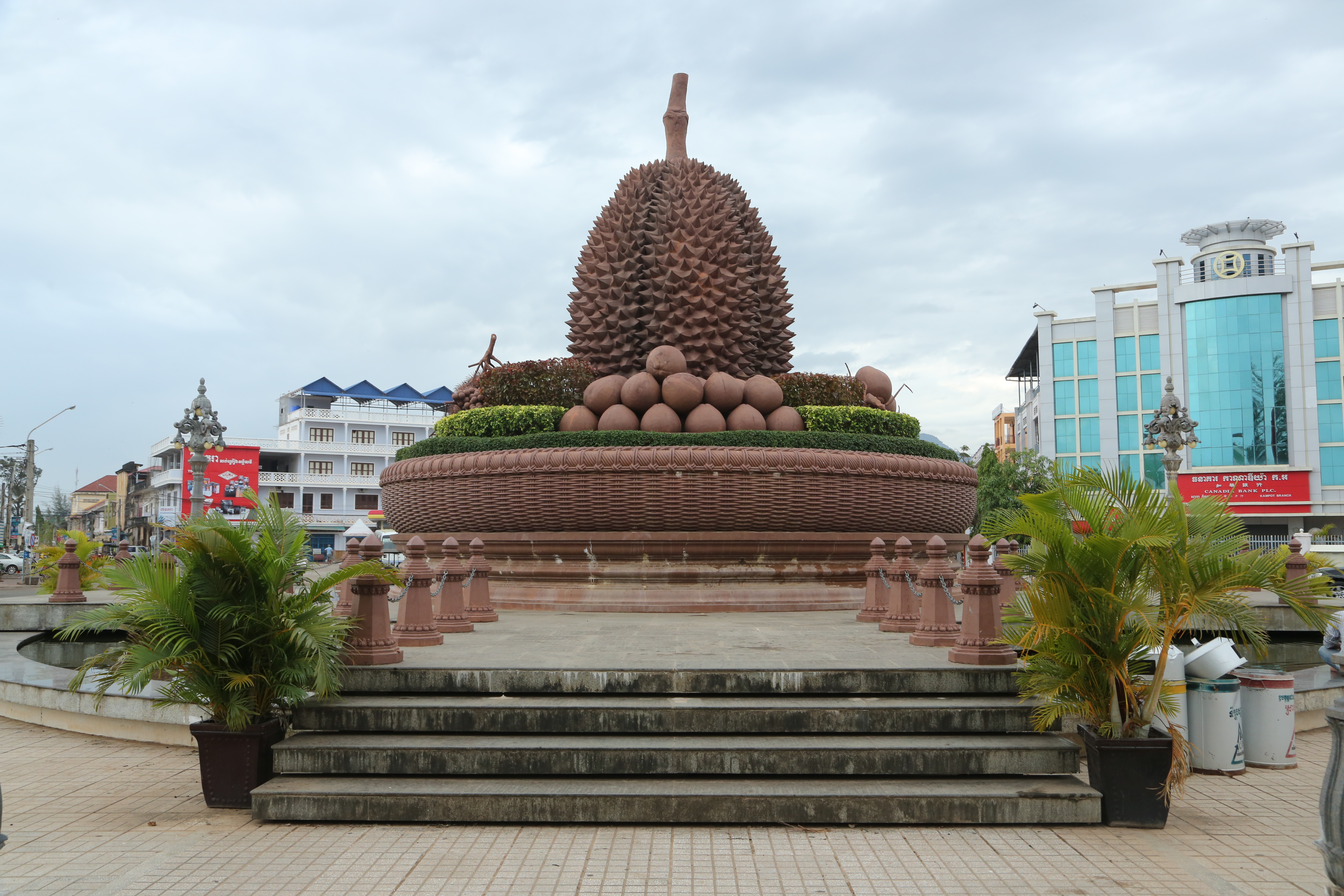 Life in the late seventies was scratchy in the UK. But despite Mrs Thatcher, the miners strike and the feeling that revolution was not far away, education was largely paid for (if you got a place) and as art students we produced what we considered radical art to go with edgy times, thrilling to the sound of the Gang of Four and learning about Josef Beuys and structuralist film making. Meanwhile, across the world in Cambodia, a place most of us were barely aware of, people were being subjected to grisly tortures to extract meaningless confessions and then killed anyway, mostly with basic agricultural tools, and dumped in mass graves.

As with many dictators, past historical glories frequently form the inspiration for future atrocities and Pol Pots stated aim was to recover the glory days of the Kymer empire. He was going to achieve this by literally bringing the country back to the stone age. The greatest and most celebrated of the Kymer rulers was Jayavarman VII, a Mahayana Buddhist king who reigned from 1181-1218 and whose words, “My own problems are as nothing beside the sufferings of my people” have travelled down the ages to be enshrined in the National Museum, after having been cruelly inverted by Pol Pot and the Kymer Rouge. By the time the active phase of the regime was finished, most of the surviving children of educated families didn’t even know their own names, and there was no one left to tell them.

Between 1975 and 1979 prisons and detention centres were dotted all across the country but Tuol Sleng, or S-21, has become especially notorious, partly as it is in the middle of Phnom Penh, and partly as it has been preserved to such devastating effect; a converted school which has seemingly lost little of of its gruesome atmosphere in the intervening years. The prison, now a museum, shows photographic portraits of the distraught subjects displayed amongst the terrible surroundings in which they met their end, unless, that is, they were taken to Choeung Ek, one of the Killing Fields just outside the city. This (controversially privatised) site is also open to the public, a grim piece of land art – just a few hollows in the ground in an orchard, the image of a void that can never be filled. Also on the site is a tower of skulls in a contemporary stupa, looking very much like it might have been designed by Damian Hirst.

The current Prime Minister Hun Sen was also a member of the Kymer Rouge but fled to Vietnam in 1975 returning in 1979 to become Minister for Foreign Affairs. He became prime minister in 1985 and his Cambodian People’s Party (CPP) has been in power ever since.

He is not popular and charges against him are mounting. Vote rigging, political violence, human rights abuses, embezzlement of foreign funds given to support democracy, pandering to Vietnamese interests, not helping the Malaysian air disaster efforts and the list is getting longer. The opposition, The Cambodia National Rescue Party is also increasingly caught up in the violence.

In Phnom Penh I get lucky and meet Dara who offers an informal taxi service on the back of his bike and together we ride helmetless through the boulevards and streets of Phnom Penh. Dara is from a rural (which means poor) background and spent some of the early part of his life in the care of monks who also taught him English. He likes action films and Cambodian (Thai) Boxing so we go and see a televised match in a warehouse on the other side of the river. Next day we go to the Killing Fields where we have lunch (duck rice) in the drivers cafe. As we sat watching ‘The Green Hornet’ on the cafe TV, one of the other drivers parked up and eased himself into a plastic chair saying that he had just taken a tourist to a nearby firing range so he could fire off a few clips on an M16 before visiting the Killing Fields.

Dara had an expansive knowledge of the city – where the gangsters lived, where the police did not go, where the rich lived, and which buildings were built by the Chinese. As a Buddhist, as 95% of Cambodians are, he places great value on kindness and a good heart – but when the subject of the prime minister was raised his face took on a more hawkish look. He doesn’t have an email account at the moment, he said. It had been linked to his Facebook account which had been shut down by the government. He had posted a picture of a dog with the presidents head photoshopped onto it, and that had been that – he had no email and he was on a list. He needed a new ID.

Since Phnon Pehn was emptied of people in just a couple of days when the Kymer Rouge took over famously portrayed in Roland Joffe’s film, the city is coming back to life. And the artistic and resourceful Cambodians have achieved much with limited resources. The garment industry in Cambodia is currently worth $5.5 billion a year but the average worker gets $80 a month.

On the boat upriver to Siem Reap I meet a woman from Hong Kong called Nikki who has come to see Angkhor Wat. She says she likes the people and that they are honest and kind. Its a perception that is almost universal amongst tourists and sometimes it’s hard to see where the legacy of those terrible years must be lodged. Although justifiably, they are intolerant of shortcomings of their leader.

In Siem Reap I made a last minute online hotel booking – the place is scrupulously clean and the staff are as usual charming and helpful. Later, I get chatting to the front desk supervisor – he is in his mid twenties and is studying for financial management degree, though as far as this job is concerned he must be something of a model employee, he’s good at it. I ask him about the government:

he laughs – NOBODY LIKES HIM!

Do you think trouble is coming?

YES… I THINK SO

Then with a candour unusual in front of house staff at a 3 star hotel, he adds: